We found this fascinating animated chart from the American Enterprise Institute (AEI) that we thought our Agurban followers might find interesting as well. The author’s observations are below. Click on the Animation Link below the graphic to go to the animated view.

Here’s an animated “bar chart race” visualization showing the world top ten manufacturing nations by share of global manufacturing output from 1970 to 2017 using data from the statistics division of the United Nations. 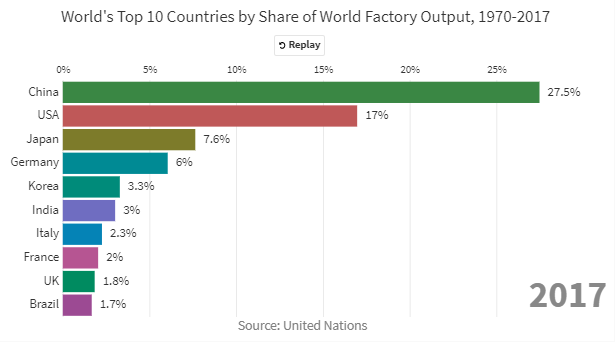